The Rose & Crown in Longburton Nr Sherborne has been nominated as West Dorset’s Pub Of The Year.…

The pub has been selected from all the pubs in our area because judges felt that as well as strongly reflecting CAMRA values it had given strong support to its local community during the pandemic.

We are pleased to announce that the Rose and Crown in the village of Longburton near Sherborne has won this year’s West Dorset Campaign for Real Ale (CAMRA) Pub of the year award. The competition this year was run slightly differently with local CAMRA members being asked to nominate a pub that not only fitted the usual criteria of excellent beer, atmosphere and cleanliness including the toilets but also how the pub had stepped up a gear to help their local community in the Covid pandemic.

The Rose and Crown is a superb example of all of the above but went further by purchasing and converting an old shipping container into a village shop which serves the community in the car park. They called the shop the larder, which sells essentials such as milk, bread, fruit and vegetables. The pub also has an outreach post office which is vital to the population of Longburton with the nearest amenities being in Sherborne. West Dorset CAMRA spokes person Rich Gabe said “The Rose and Crown is a fantastic example of how important a village pub can be to the local community and the diverse roles it can play in modern times. Covid 19 has changed the way we all think and live and it is highly commendable that licensees John and Becky Gibbons have assisted the local population in this way amongst others.”

The pub itself is an old thatched pub near the church steeped in history dating from the 14th century. Oliver Cromwell’s axe that he used to attack the local manor house was found in the pub roof and now resides in the British museum. The pub’s interior is tastefully seasonally decorated with flagstone flooring, country style bar, attractive fire place, window seats and a large dining area and an accompanying skittle alley which boast several home teams. Four locally sourced real ales and a cider are usually available with an annual beer festival held around the first May bank holiday. Outside there is a large garden with plenty of outside covered and uncovered seating. There is a marquee set up that host functions from wedding receptions, live music, and charity events. This year the pub is being one of the hosts on the Dorset Invader run and also holding a charity ball on July 30th for Cancer U.K.

In a statement John and Becky said” Last year has been extremely hard for the hospitality industry, Covid 19 definitely ripped the heart out of the pub trade with lots still closed and many which will never return. We have been very lucky with the community support around us, which has given us the opportunity to open the Larder through the pandemic and help us all get through this together.

The pub has returned to being the hub of the community once more with the icing on the cake being given this award from CAMRA; we are thrilled and thank the members for us it means so much.”.

The pub will now be put forward to the Wessex CAMRA regional finals where it will compete with pubs from Hampshire, Wiltshire, East Dorset and the Channel Islands.

Royal Portland Arms, Fortuneswell. Portland 8pm. All are welcome to this evening in the pub sampling ales and ciders.

The following changes were reported at our meeting in August:  Nothe Tavern has now re-opened;  Georgie Porgie’s Pie & Ale house has opened in […]

The Octoberfest has had another record year, with seven more beers available than last year. Well over three quarters of the beers […] 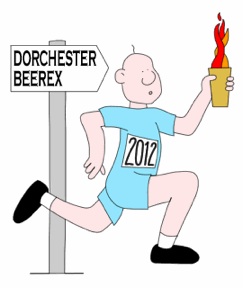 This year there is a formal release date for Beerex tickets, they go on sale tomorrow, Friday 16th. Those of you who […]