The Bottle Inn at Marshwood has thrived under its new licensees, coming a clear winner in this years competition.

Half a mile from the Devon border and five miles from Somerset, the historic Bottle Inn at Marshwood has been named as the West Dorset branch of the Campaign for Real Ale [CAMRA] Pub of the Year.Built in 1585, in the times of Queen Elizabeth I, the thatched pub was voted the best pub in West Dorset by CAMRA members, coming top of the poll by a wide margin.

“The Bottle Inn is in many ways the perfect English country pub, with a thatched roof and porch, an open fire and a splendid selection of six real ales,” comments CAMRA spokesman Michel Hooper-Immins. “The judges were particularly impressed by the warmth of the welcome from licensees Chrissy and Nigel Blake, as well as the high standard of their beers, several of which are sourced from less than 30 miles away. Running a pub is never easy and particularly in such an isolated location, but the licensees are attracting more and more local and passing trade with their friendly and relaxed ways.”

Nigel Blake was born in Cornwall, but grew-up in Weymouth. He ran bars in Tenerife for 15 years, meeting Sunderland-born Chrissy on the island ten years ago. The couple decided to return to Dorset and searched for a pub to run. “Two years ago, we arrived at the closed Bottle Inn to find total decay,” recalls Nigel Blake, “the porch had fallen in, but the pub had so much charm- it just felt right for us. We thought the Bottle had a lot of potential.” They had moved-in by April 2012 and despite the considerable work that was required to reopen the pub, the happy day came in August 2012 when the Bottle Inn was launched again.

“We started with three real ales and worked up to six ever changing beers- customers like the variety,” says Nigel. All around the roof are pump clips of the various beers which have been dispensed through the six traditional handpumps. They also sell Belgian and American bottled beer and a selection of ciders.This week, Nigel is serving Otter Head from Devon, Art Saville Rye from Chideock, Bays Up and Under from Torquay, St. Austell Dartmoor from Cornwall, Flack Manor Blackjack Porter from Hampshire and Acorn Pale Ale from Yorkshire.

“Chrissy and I are delighted- and not a little surprised- to win the West Dorset Pub of the Year, having only been open for 19 months,” comments Nigel Blake “We are becoming well known for our beers, so this accolade will do us a lot of good.” Famous for the annual nettle-eating competition- the next one is on 7 June- Chrissy is intending to make nettle soup to celebrate the event. Mighty Hop brewery at Lyme Regis will make a special nettle beer for the occasion.

The Bottle Inn goes on to the CAMRA Wessex Regional competition, against 11 other pubs nominated by branches in East Dorset, Hampshire, Wiltshire, the Isle of Wight and the Channel Islands. The Wessex winner goes into the national finals.
The West Dorset 2014 Pub of the Year certificate was presented to Nigel & Chrissy Blake by CAMRA’s Rich Gabe at the Dorchester Beer Festival, held at the Corn Exchange. 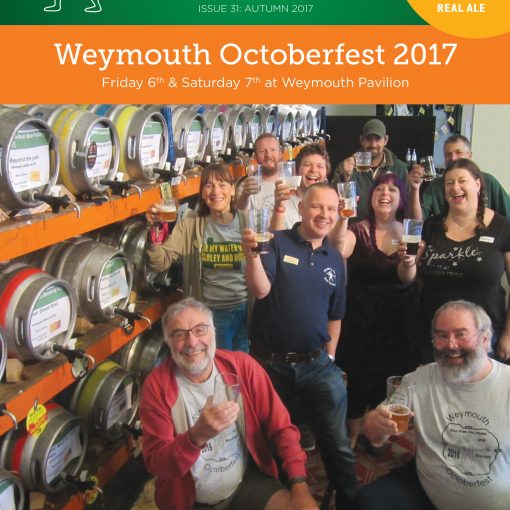 Weymouth Octoberfest 2017; Mystery Tour; Pub Garden of The Year.  Lots of good articles and other items for you to enjoy.

Two presentations will be made at the Digby Tap, Sherborne on Monday December 4th. These are for the Digby Tap itself (Wessex […] 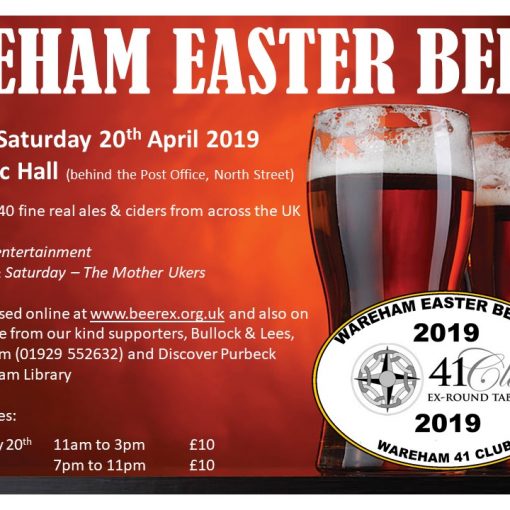 We’ve just been sent the details for this lovely charity beer festival which takes place during the Easter Weekend.…