Why I’m looking forward to Bournemouth 2017

This April, I will be joining CAMRA members from across the UK in the seaside resort of Bournemouth for CAMRA’s Members’ Weekend, which includes our National AGM and Conference.

I have been attending the CAMRA Members’ Weekend for almost 30 years, well before I was active nationally, never mind National Chairman. Those of you who were in Norwich in 2013 may remember that I still have my glass from my first AGM weekend, as they were then called, in Norwich in 1990. Even prior to becoming Chairman, I always made an effort to travel to whichever corner of the country the weekend was held and have only missed one since then – and was even organiser in Edinburgh in 1998. It has always been, and still is, an opportunity to meet with old friends, make new acquaintances and socialise with other CAMRA members from across the country.

Most importantly, the Members’ Weekend is a fantastic opportunity for any member across the organisation – whether you have just joined, been a member for 20+ years, active or inactive – to shape the future direction and purpose of CAMRA.

As Chairman, I now have the great responsibility of making sure that the AGM and Conference part of the Members’ Weekend is run successfully and open to every single one of our 185,000 members. This year, that responsibility is even greater than ever before.

Following 50 consultation meetings across the UK and three national surveys, we have now seen the proposals that were put forward by the Revitalisation Project Steering Committee on CAMRA’s future. Whether you agree or disagree with the proposals, took part in the consultation events or stayed at home, the Members’ Weekend will be the opportunity to discuss them inside and out ahead of a decision next year.

Over the weekend, members will be able to consider the Revitalisation Project and proposals on the future of CAMRA in a series of discussion groups. It will be your chance to have a say on the Revitalisation Project’s findings and represent your views in the debate. A final decision on the proposals will then be taken at the Members’ Weekend in 2018.

I am proud to chair an organisation that is a true democracy – where every member has the opportunity to feed into our policies, direction and future. I never forget that without our huge membership base and dedicated volunteers; there simply would not be a CAMRA.

I hope you will consider joining us in Bournemouth this year. The closing date for registration is Friday 17th March 2017. For more information simply visit camraagm.org.uk.

A narrow escape for Weymouth’s Rock Hotel as a fire breaks out in one of the flats above the pub. Here’s a report […] 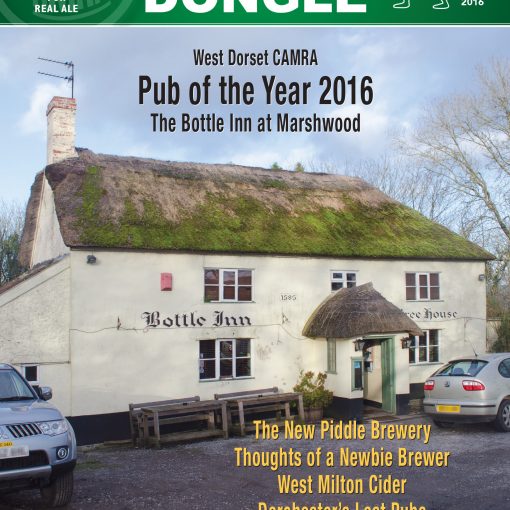 As giant Dongle Issue 25 hits the streets we are proud to be able to publish our first full colour version.  Lots […]

There has been a short “lull” in new breweries (almost 18 months since the last one). But now another brewer has just […] 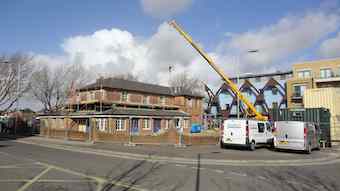