A new Brewery has brewed its fist ale in West Dorset. Initial expansion plans by Town Mill Brewery have “morphed” into the opening of a new brewery business instead. Allan Swannell, CAMRA member and shareholder explains how…

Yet more Breweries around West Dorset – a story of how breweries evolve and develop.

“Recent weeks have been hectic, making the final tweaks to the new brewery at Sadborow, near the Bottle Inn. A first test brew has now been produced, and initial tastings indicate a good result. Sales at the TMB are booming this year, and the Mill plant is now on a 3 brews every week routine to keep up. Our Brewery Tap sales are proving very popular especially when the sun shines into the Mill Yard. You can now sit in the yard and sample your favourite ales in draught or bottle, with food provided by the Town Mill Cafe. We will be making further enhancements to the retail experience in the Mill Yard – come and see us.

So far so good, but a few other developments have also occurred. An alternative business proposition for Sadborow came up, with the return of Jon Hosking our first brewer. He has ambitious plans to brew a range of interesting ales for sale in the Home Counties and nationally. He was looking for a brewery to work from, and Sadborow filled the bill. So one more brewery “Gyle59” to add to the West Dorset collection, and a new range of beers coming your way soon.

The rationale for TMB is that it can go quickly and without disruption to a larger capacity. Getting the new brewhouse running whilst trying to keep up at the Mill was going to be a logistical nightmare. So TMB will be able to buy extra beer from Gyle59 Brewery as needed. The financial arrangements are also beneficial to both companies – no capital outlay for TMB and a steady base order for Gyle59 to supply. It should be noted that brewing at the Mill is a key part of our existence, so brewing will continue there. We will have a setup a bit like the old Greene King two-brewery arrangement. The most important thing is that the result will be a lot more Real Ale being produced !

A final twist to the tail came very recently when Rainer our splendid brewer announced he was leaving us! His beloved has landed herself a two year contract in Shanghai, so he is going with her. Love conquers everything it seems, even a brewer’s urge to brew. We have been able to secure the services of Simon Gilgrist, who almost took the job before Rainer but had to drop out at the time. Simon brings a lot of experience and is currently brewing in tandem with Rainer until September, and the beer continues to flow.

Yes I am still trying to retire again, but it may take a little longer. Tasting news soon. Cheers.” 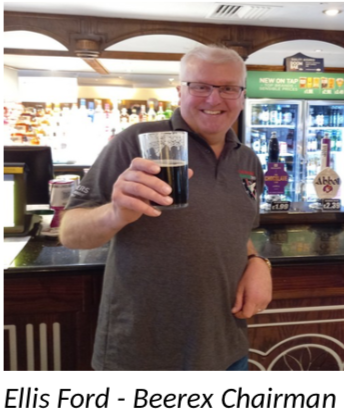 Beerex spokesperson Rich Gabe said “This year has raised organisational challenges like never seen by us before, our priority is running a […] 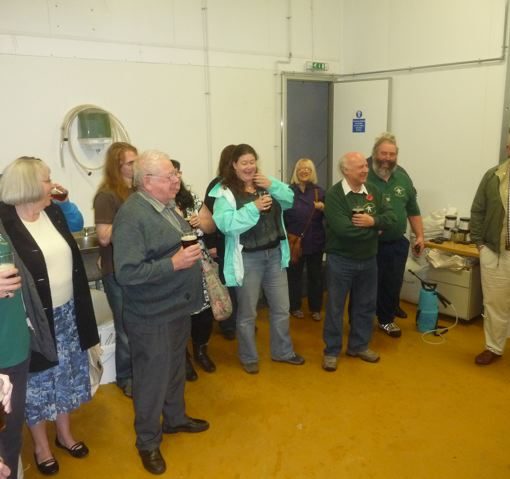 Marjorie Tait has sent in some photos taken on the 12th November brewery trip. Branch trip to Hampshire breweries 12th November 2011 Photos and […]