After four more sessions of frantic activity, our well received Autumn beer and cider festival closed on Saturday night having served over 850 people some 3000 pints of beer and cider. The beer of the festival award was won by a Dorset brewer – Small Pauls of Gillingham whose “Elder Sarum” beer was voted best beer by public vote. For other results click here.

This was the last time that the festival will be held at Brewers Quay due to the impending redevelopment of this hundred year old building at the centre of Weymouths quayside areas. We have plans in place to move the festival to the Ocean Room within the Weymouth Pavilion complex for next year’s (2011) festival.

The Rock, Abbotsbury Road, Weymouth is celebrating six months of success as a Real Ale pub. A major renovation undertaken during early […]

The World Cup footy depleted our numbers for our June branch social to Sherborne, but a bunch from the deep south made […]

This year tickets are available through December – a couple might make a nice Xmas gift??.  This web page gives more detail. 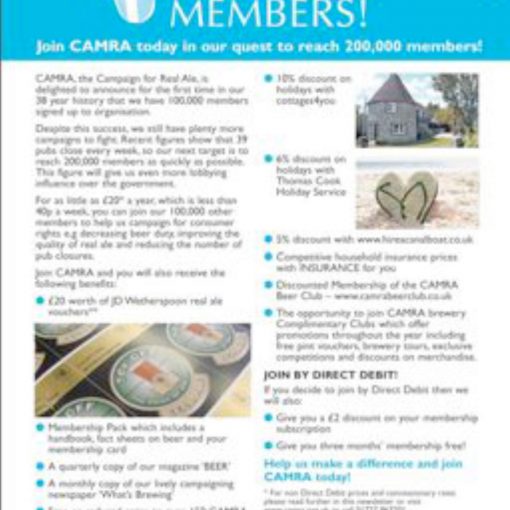 The Christmas Issue of Giant Dongle hit the streets this week. With contributions from other members, the second issue is 50% larger […]