With 15 other clubs from other regions of the UK, the Colliton Club now goes forward to CAMRA’s national Club of the Year competition. Being voted the West Dorset Club of the Year by members of the CAMRA West Dorset branch earlier in the year, gave automatic nomination to the Wessex regional award. The Wessex region comprises Dorset, Hampshire, the Isle of Wight and part of Wiltshire & Surrey.

The regional judges praised very highly the superb range of six real ales served at the Colliton Club. One judge commented on “an excellent club, good varied clientele, exciting and dynamic atmosphere with excellent bar selection and beer quality. I tried half of every beer, all in super condition.” Another says: “the customer areas are tasteful, roomy and well decorated, fitted and furnished for comfort rather than ostentation. This is without doubt a venue to be well and worthily recommended.” Another reports: “service was efficient- the barman particularly helpful. Extremely friendly and well run by the Steward.”

Colliton Club steward Neil Gatehouse is delighted at being among the 16 top clubs in the entire country. He says “I am honoured again to receive this CAMRA award and thank all the people who put in the work to keep us in the limelight. I’m particularly proud of my staff, who are similarly delighted to again be the Wessex regional Club of the Year.”

A new temporary bar is open in Chideock called “the lost souls bar”.  It provides a refuge for customers from the village […]

Another Pub changes bar to increase traditional ale service. The Black Dog came under new management back in March by Colin and Karen […] 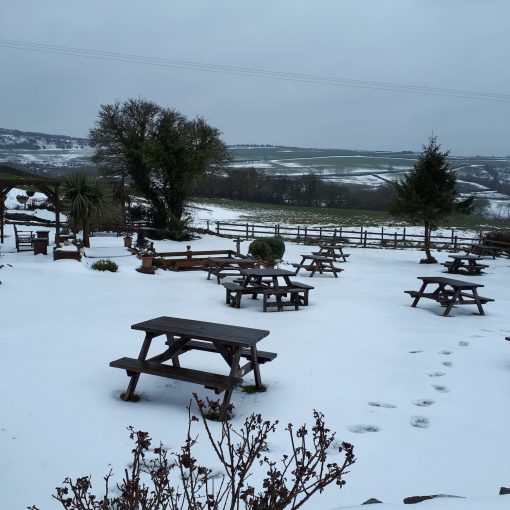 Rich Gabe sends this lovely picture of our Pub Garden Of The Year with its winter coat on.