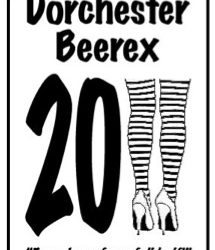 Small Pauls Brewery from Gillingham gained the “Beer of Festival” award at this weekend’s Beerex. The “Elder Sarum” beer brewed by Paul Smith, a long time CAMRA member who has been brewing beer in his Gillingham garage for six years now. The same beer won the public vote at the Weymouth […]