Brewer’s Quay and the West Dorset branch of the Campaign for Real Ale [CAMRA] are again coming together to organise Octoberfest on the first weekend in October.

Brewer’s Quay and the West Dorset branch of the Campaign for Real Ale [CAMRA] are again coming together to organise Octoberfest on the first weekend in October.

The popular location in Weymouth’s Hope Square is playing host to the Weymouth Beer Festival for the fifth year running. CAMRA members will be coming from all over the West Country to visit the two day event, which begins on Friday 5 October.

Over fifty real ales and ciders will be tapped direct from the cask, all the real ales will be brewed by the Society of Independent Brewers [SIBA,] with many from Dorset and breweries in surrounding counties.

Divided into two sessions on both Friday and Saturday, one from 11am to 3pm and from 6pm to 11pm, admission costs only £2 for lunchtime sessions and £3 in the evening.

Last year both evening sessions- which feature live music- were sold out and tickets will have to be booked in advance with West Dorset CAMRA at 01305 772286. Two pubs stock tickets- The Boot at Weymouth and the Blue Raddle at Dorchester. In addition, tickets can be purchased direct from Brewer’s Quay, at the Timewalk office. It may also be advisable to book for the lunchtime sessions, as numbers are necessarily limited by fire regulations. The Brewer’s Quay restaurant and tea-shop adjoining the Festival, will be open at all times, with a special Octoberfest menu.

Last October’s vote for Beer of the Festival was won by Summerset Ale, brewed by the new Yeovil Brewery. The full list of 50 or so real ales on offer will not be known until nearer the day, but so far the organisers have requested some from the Dorset Brewing Co., who brew at Brewer’s Quay and from Palmer’s at Bridport, who should be sending their popular Tally Ho, a super strong brown ale. From Branscombe in Devon could come Summa That and the Bath Brewery could send Barnstormer. The furthest travelled may be Natural Beauty, produced by the Ales of Scilly and then there’s Nadelik Lowen [Cornish for Happy Christmas] from Sharp’s in Cornwall. Sandrock Smoked from the Ventnor Brewery on the Isle of Wight has been requested. One local favourite might be Royal Oak, originally created by Eldridge Pope at their Dorchester Brewery, but today brewed by John O’Hanlon at Whimple in Devon.

The First Weymouth Craft Beer Festival on 17 and 18 March was a success, raising £1,850 for Brain Tumour Support. Very well […] 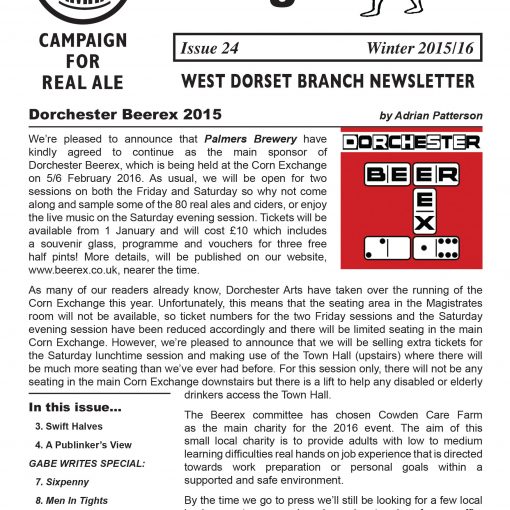 Plenty more for you to read: More from our PubLinkers; Rich’s Desert Island Beers; Beerex is on the horizon; Greetings from the West…

Every Friday evening, there’s a chance to go and have drinks at a Dorset real ale brewery. Sunny Republic’s brewery is located […] 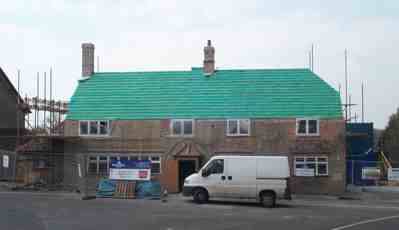 A major fire ripped through this lovely pub 11 months ago. See out previous items here and here. We are pleased to […]